Mangroves as Natural Assets: Why Invest?

Mangroves are trees or shrubs that grow in tropical, subtropical and intertidal zones. These forests serve as transition areas between marine, terrestrial and freshwater ecosystems. Although they account for less than 1% of the world’s tropical forests, they span 128 nations, with nearly 42% of cover in Indonesia, Australia, Brazil, Mexico and Nigeria.

Mangroves are unique and productive ecosystems that house colossal economic and societal value. Agenda 2030 aims to unite governments, businesses and communities to eliminate poverty, improve lives, create opportunities and protect the planet. Advancing mangrove conservation and restoration efforts can play a big role in achieving these global goals. The ecosystem services rendered by mangroves directly address 6 out of 17 goals.

Economic Value Addition: Mangroves are instrumental in providing food security and livelihoods to local communities. They also play a pivotal role in the production of seafood. More than 200 million people live near mangroves. Artisanal fishers can generate 100-1,000 kg of fish per hectare, while some high-value species can fetch up to $10,000 per hectare per day. In addition to fishing, people collect fuelwood and honey from the mangrove forests. Though mangrove ecosystem services support aquaculture, rapid expansion threatens their habitat. Between 2000 and 2016, land conversion to agriculture and aquaculture resulted in 62% of losses to the mangrove cover. Mangroves are also a significant tourist attraction across the globe. They contribute $1 billion annually to the Florida economy alone.

Bringing Mangrove Conservation into the Mainstream

An estimated $722-967 billion of funding is required for global biodiversity conservation by 2030 to preserve existing protected areas, ensure sustainable management of land/seascapes and integrate biodiversity into the urban environment. As of 2019, $124-143 billion was spent annually, resulting in a shortfall of $598-824 billion. While governments will lead by providing regulatory frameworks, economic incentives and market structures, private firms must step in to bolster their efforts. Natural infrastructure financing ($26.9 billion, 289.2%)[1], green financial products ($3.8-6.3 billion, 390.47%), nature-based solutions and carbon markets ($0.8-1.4 billion, 1,678.57%), and sustainable supply chains ($5.5-8.2 billion, 50%) are some of the most powerful instruments that can provide such investments. What next?

Learn about our commitment to sustainability. 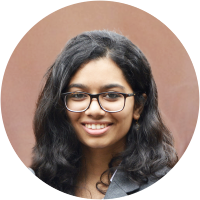 About Us
Leadership
Partners
Life at Bristlecone
Careers

We look forward to learning about your business – and how we can help you thrive on change.